According to statistics released by the Canadian Real Estate Association (CREA) national home sales edged up 1.0% from January to February. The increase was led by the Greater Vancouver and Greater Toronto areas which offset declines elsewhere. Read the full news release from CREA here: http://crea.ca/canadian-home-sales-edge-february

CREA Housing forecast – The opposing forces between a sharp decrease in oil prices, a weakening Canadian dollar against the US dollar and lower mortgage rates and strengthening US economy have caused CREA to revise their 2015-2016 market forecast. A larger decrease in sales volume and values in Alberta & Saskatchewan, related to shaken consumer confidence, will be offset by continued tightening markets in Ontario & BC resulting in a modest decrease of 1.1% in sales volume and gain of 2.0% in value nationally according to CREAs revised forecast. Review the full forecast here: http://crea.ca/crea-updates-and-extends-resale-housing-forecast-0

Closer to home, although we experienced an exceptionally frigid month according to RAHB CEO, Ross Godsoe “The record cold month of February didn’t keep the buyers away, Sales were not only up from last year, but were about five per cent higher than the average for the month of February.” You can read the full media release from the Realtors Association of Hamilton-Burlinton here: http://www.rahb.ca/press/2015/mar/150304statsreleaseFebruary.pdf

The Inside and Out of Chimney Care → 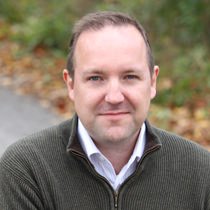